This Tumblr User Shows Her Horrific Anonymous Messages In A Powerful Art Project. 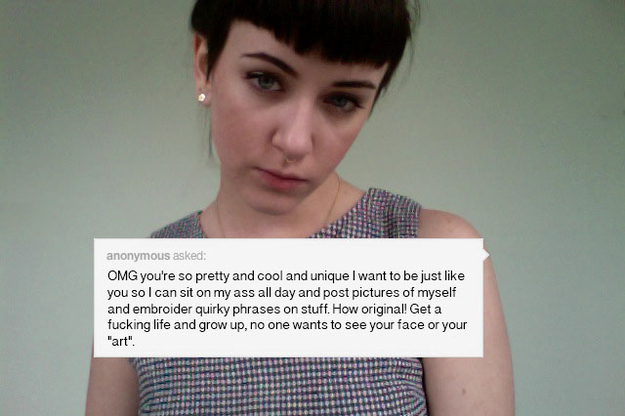 Bottos, a photography major and gender studies minor, runs a Tumblr page where she often uploads selfies as well as pictures of her work.

Since starting the Tumblr in 2010, she has received hundreds of cruel anonymous messages. Last week, she turned the words of hate into a feminist art project; Bottos screencapped some of the messages and posted them over pictures of herself. [link to project]