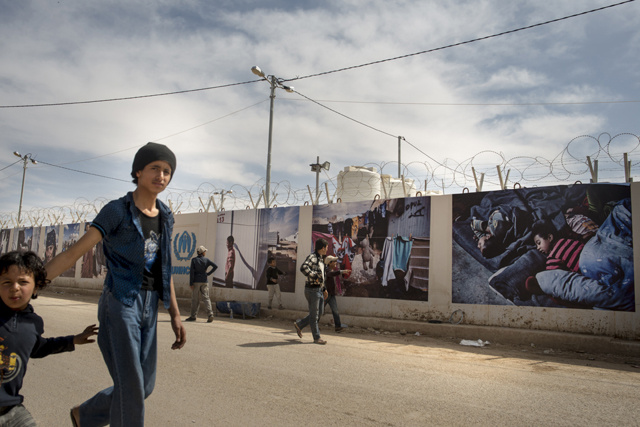 Four photographers from the distinguished Amsterdam-based photojournalism collective NOOR spent New Years in the Zaatari refugee camp in Jordan. Located 18 miles from the Syrian border, the camp opened with just 100 families in July 2012. It now hosts around 120,000 residents, making it the second-largest refugee camp in the world….

… These four photographers also documented daily lives in the camp. The resulting images and some from the photo booth have now been made into large outdoor prints that will be hung on the 330 yards of barbed-wire T-walls that surround the entrance to the camp. The aim is to provide refugees inside Zaatari with a way to reflect on their own situation, as well as draw attention to the Syrian refugee crisis. read more 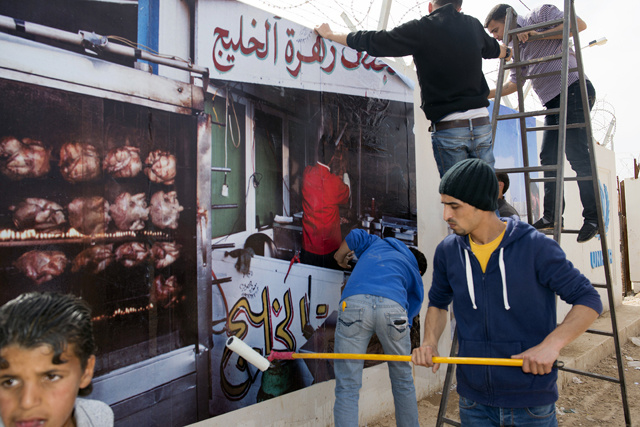