The first major Garry Winogrand retrospective since 1988 is on view at the Metropolitan Museum of Art until Sept. 21

Born in the Bronx, Winogrand did much of his best-known work in Manhattan during the 1950s and 1960s, and in both the content and dynamic style he became one of the principal voices of the eruptive postwar decades. Known primarily as a street photographer, Winogrand, who is often associated with famed contemporaries Diane Arbus and Lee Friedlander, photographed with dazzling energy and incessant appetite, exposing some 26,000 rolls of film in his short lifetime. He photographed business moguls, everyday women on the street, famous actors and athletes, hippies, politicians, soldiers, animals in zoos, rodeos, car culture, airports, and antiwar demonstrators and the construction workers who beat them bloody in view of the unmoved police. Daily life in America—rich with new possibilities and yet equally anxiety-ridden and threatening to spin out of control—seemed to unfold for him in a continuous stream. 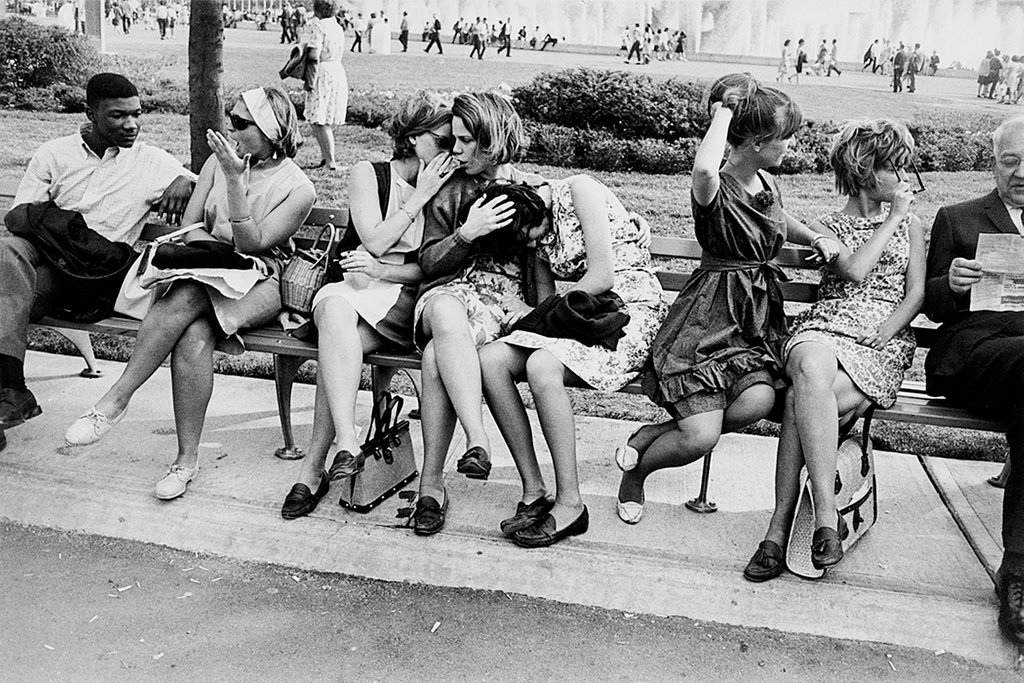