Exposing the invisible > A  series of case studies, interviews and tools that explore the far reaches of metadata in its capacity to protect, investigate and expose abuses of power. 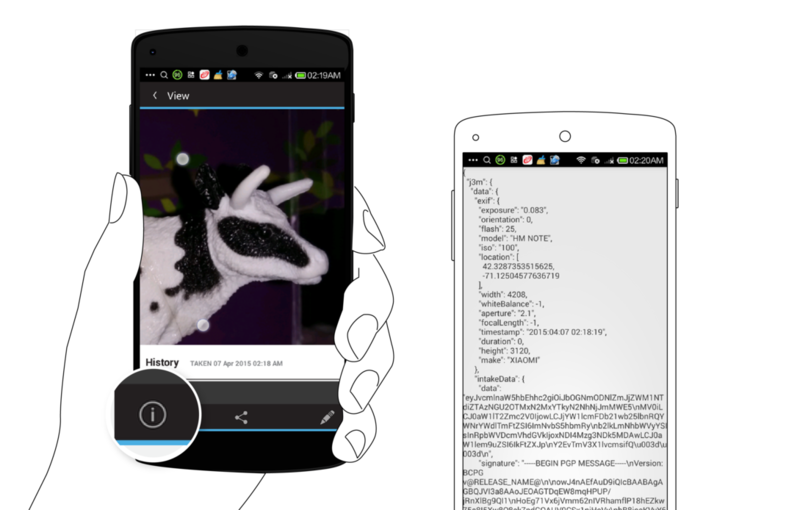 EXCERPT: Interesting interview and important essay on metadata  Harlo Holmes: Metadata or it Didn’t Happen | Exposing the Invisible (much more on the site)

How would you describe metadata?
Metadata is data about data. Primarily it’s the site that portrays the actual, what one would call the “Ur event”, i.e. how a particular digital property came into existence. So going back to your previous question of why I find it so interesting, it all goes back to Walter Benjamin’s idea of the replicability of art, how art in the modern age loses some of its luster because it’s so immediately accessible and is infinitely replicable. But metadata, I find, is a site that actually preserves that uniqueness even though things might be on their surface copied and filmed all over the place continuously, metadata is that site of originality.

What is CameraV?
CameraV begun its life as a mobile app named InformaCam created by The Guardian Project and WITNESS. It’s a way of adding a whole lot of extra metadata to a photograph or video in order to verify its authenticity. It’s a piece of software that does two things. Firstly it describes the who, what, when, where, why and how of images and video and secondly it establishes a chain of custody that could be pointed to in a court of law. The app captures a lot of metadata at the time of the image is shot including not only geo-location information (which has always been standard), but corroborating data such as visible wifi networks, cell tower IDs and bluetooth signals from others in the area. It has additional information such as light meter values, that can go towards corroborating a story where you might want to tell what time of the day it is. [read more]