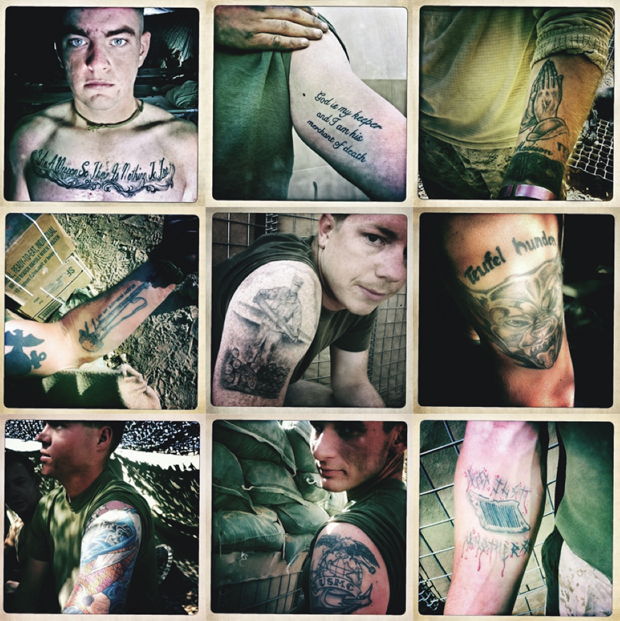 In 2010, after many years of covering the war in Afghanistan, freelance photojournalist Teru Kuwayama received an invitation to embed with the First Battalion of the Eighth Marine Regiment in Helmand Province. Although it was only the start of the counterinsurgency campaign, it was the tenth year of a long and costly war that carried on at a far remove of the daily lives of Americans in the United States. Along with four other photographers, Balazs Gardi, Tivadar Domaniczky, Omar Mullick, and Rita Leistner, Kuwayama decided to approach the embed differently, and started Basetrack, a social-media reporting project conceived to connect Marines and their families and to target the social network—friends, family, and online presence—surrounding the battalion. Most of the pictures were taken with mobile phones or inexpensive consumer-grade cameras and distributed through Basetrack’s WordPress website (being rebuilt), Flickr, and Facebook, the main Basetrack channel. [read conversation]

Another article at Graffiti of War